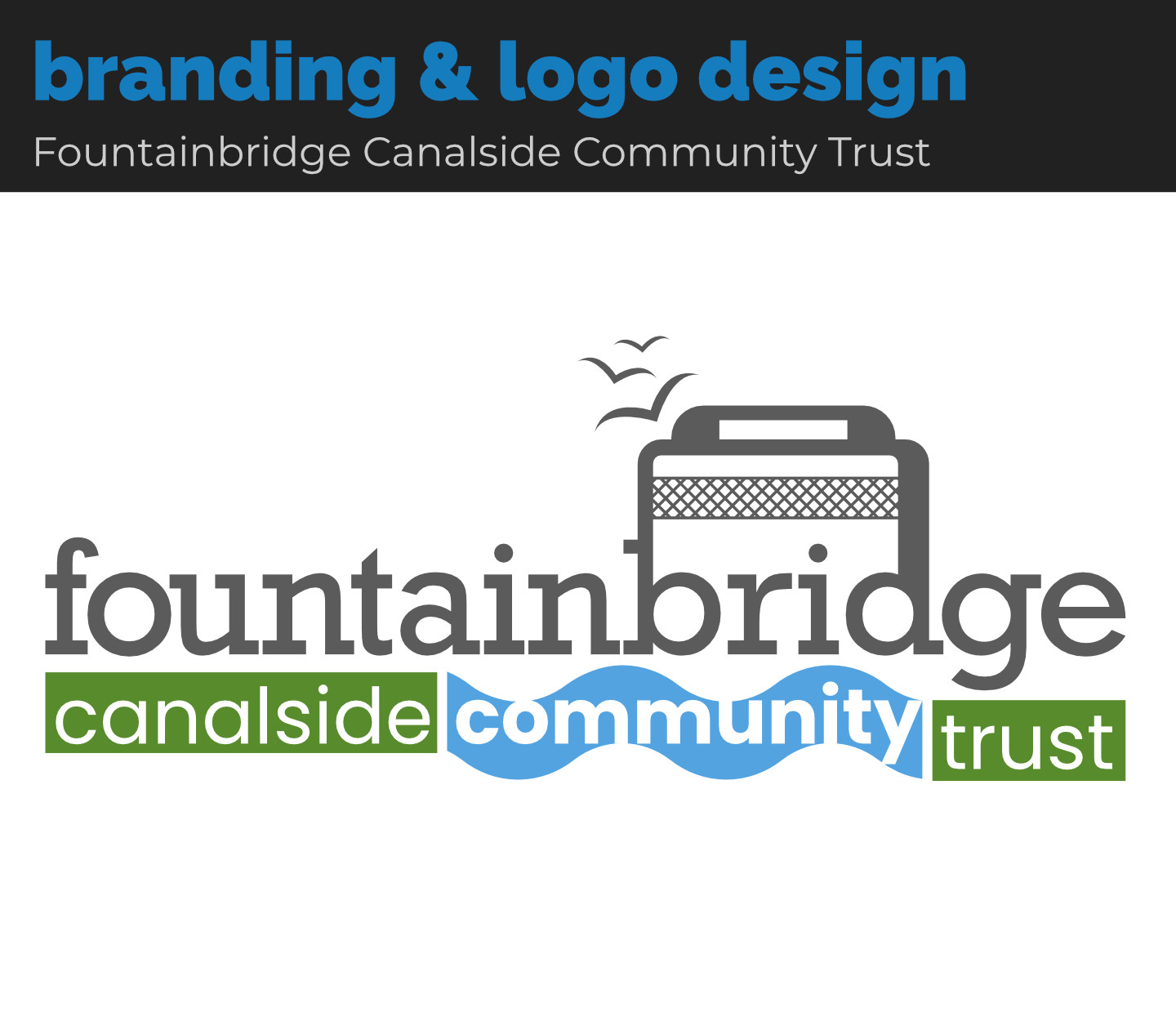 We were working on a charity merger and were struggling to come up with a name and branding that captured what we wanted to express.

Patrick very quickly understood the issues and sensitively but confidently suggested a solution. He worked well with a sub-group to hone the chosen idea and helped us to present the 'plan a' idea to the wider group, keeping other options in the background so as not to confuse and allow for personal preference of the loudest voices to come through.

The results were excellent - utilising some key features of one of the past logos, so as to carry forward some brand recognition. His ideas and proposals were met with unanimous approval - not a mean feat for a group of diverse and strong willed people!

Rachel approached me to help develop a name, brand and logo for a new Community Development Trust forming from the merger of the Fountainbridge Canalside Initiative (FCI) and the successful social enterprise Re-Union Canal Boats. Both organisations have substantial local brand recognition, but the new brand had to reflect the wider scope of the new Trust.

A big stumbling block turned out to be the assumption that all of the Trust’s activities – including the ongoing boat hires – would have to be under the new brand. Proposing the existing Re-Union branding continue on as a project brand for boat hires, while linking this to the new branding was a natural solution. The new branding develops on FCI’s locally recognisable illustration of the iconic Leamington Lift-bridge and that illustration itself then becomes an affiliate mark for associated social enterprises with Re-Union adopting this position within the Trust’s new structure.

Identifying a branding solution which allowed the merged organisation to benefit from the heritage of the two merging entities made this a win win.