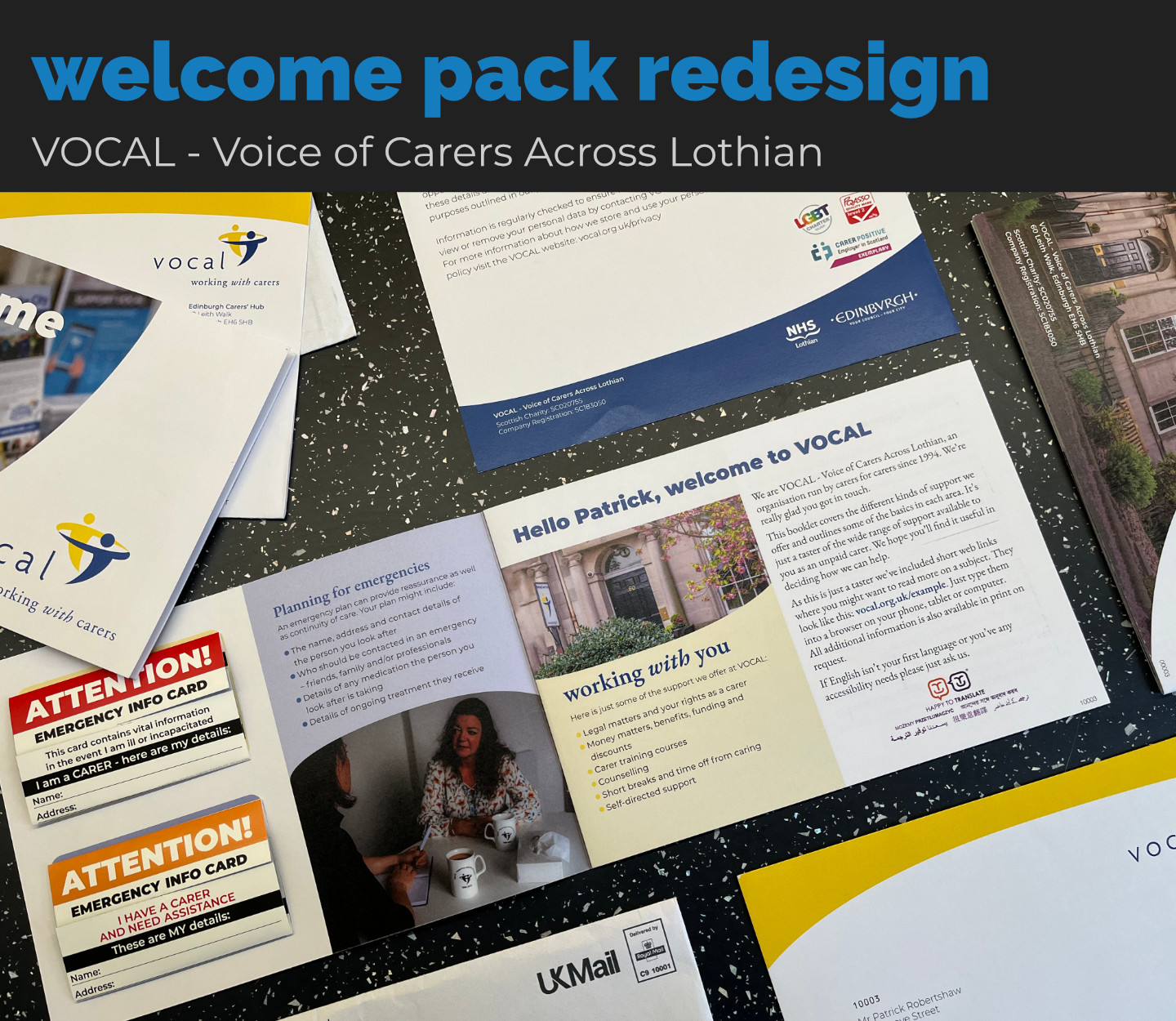 Patrick redesigned VOCAL’s welcome pack for carers to provide a more accessible resource which was relevant to their personal caring role. He introduced the use of print on demand to reduce cost and paper wastage, and to tailor the pack to specific geographical areas. The use of print on demand was particularly important during the COVID pandemic as new carers continued to receive resources without interruption or delay.

Patrick improved the visual appeal of the welcome pack through a complete redesign, and worked with a number of stakeholders to write and edit new content. The result was a personalised resource which is highly valued by new carers accessing support from VOCAL for the first time.

In 2018 VOCAL sent all new service users a fat A4 folder filled with information sheets on every imaginable aspect of every caring role. Maintaining and updating stock for the pack occupied a significant fraction of their part-time Communications Officer’s year. Packs were compiled by hand in-house by volunteers at each of the charity’s centres, and sent individually using relatively expensive postage.

Feedback from new carers indicated that receiving something physical to mark their registration with the charity was an important reassuring reminder of the support available, but most said they didn’t read the packs, and generally found the size and scope overwhelming. Something needed to be done.

Consulting closely with stakeholders across the charity two core functions of sending a mailing to new service users became clear: giving a tangible reminder that the charity was there for you; and offering a menu of the support available.

To better meet these key needs I designed a compact digitally personalised welcome pack comprising a short booklet with summaries of the support available, and a covering letter. Packs were produced and mailed on-demand by a professional mailing house, triggered from a simple export of new contacts generated once a week at the charity. This process served VOCAL well in 2020 during the pandemic: readily adapting to include time-sensitive critical elements (such as letters from local authorities providing carers with verification of key worker status); and by removing the structural reliance on volunteers at a time when those volunteers were unable to attend the centres.

The booklet gives time-strapped new carers something small and approachable which they can flip through over a coffee and quickly get a feel for the support that’s available to them. It saved front-line support staff time by removing the need to repeatedly outline available services over the phone, and it empowered carers to ask for the support they needed sooner. Initial packs were personalised with the carer’s name and some content specific to their local authority. Scope for richer personalisation is baked into the format, and supported by the data VOCAL gathers at registration. These new packs cost a fraction of the old, and as well as saving staff time and improving the accessibility of support they also freed up hours of valuable volunteer time which can be used elsewhere in the organisation. 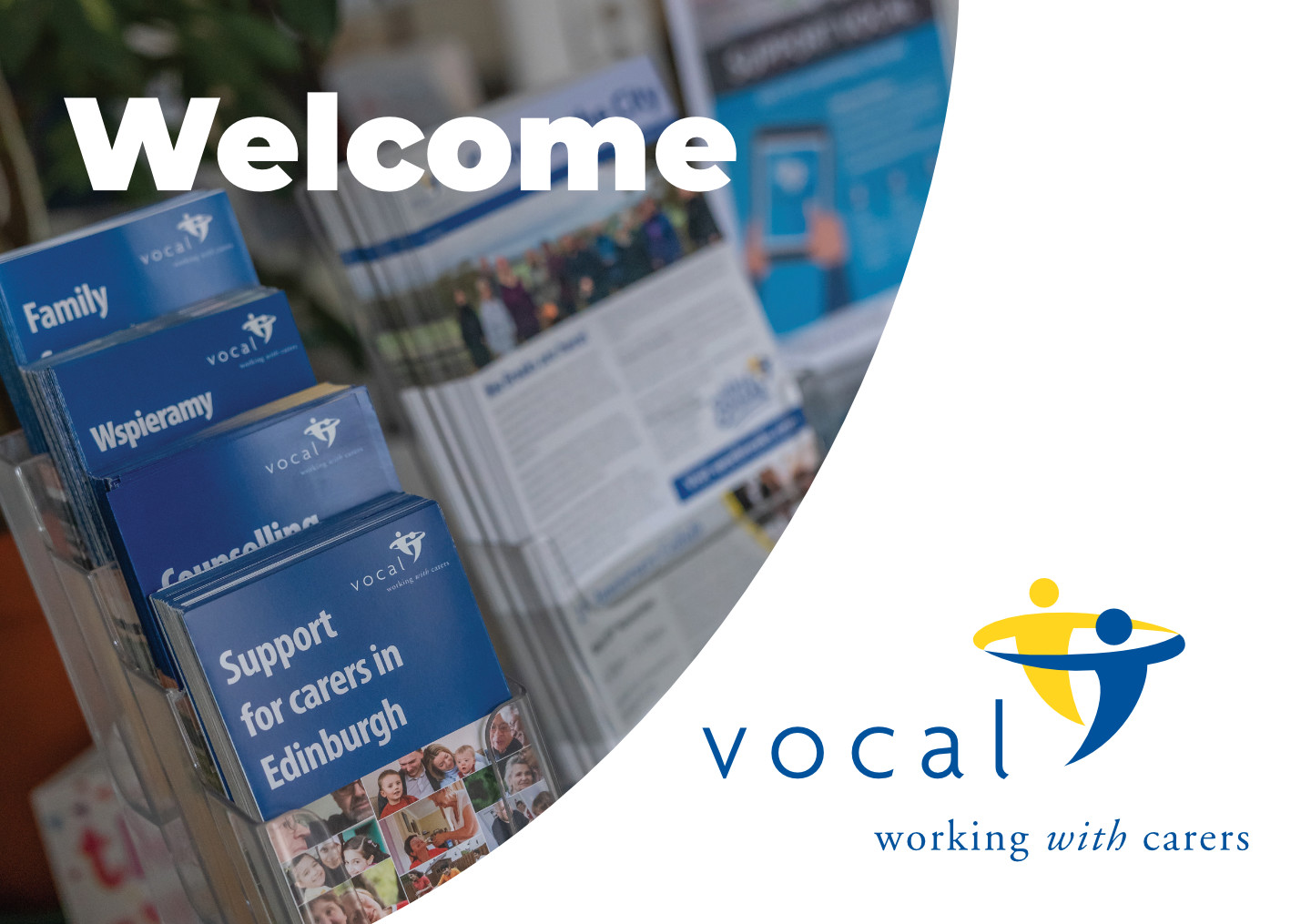 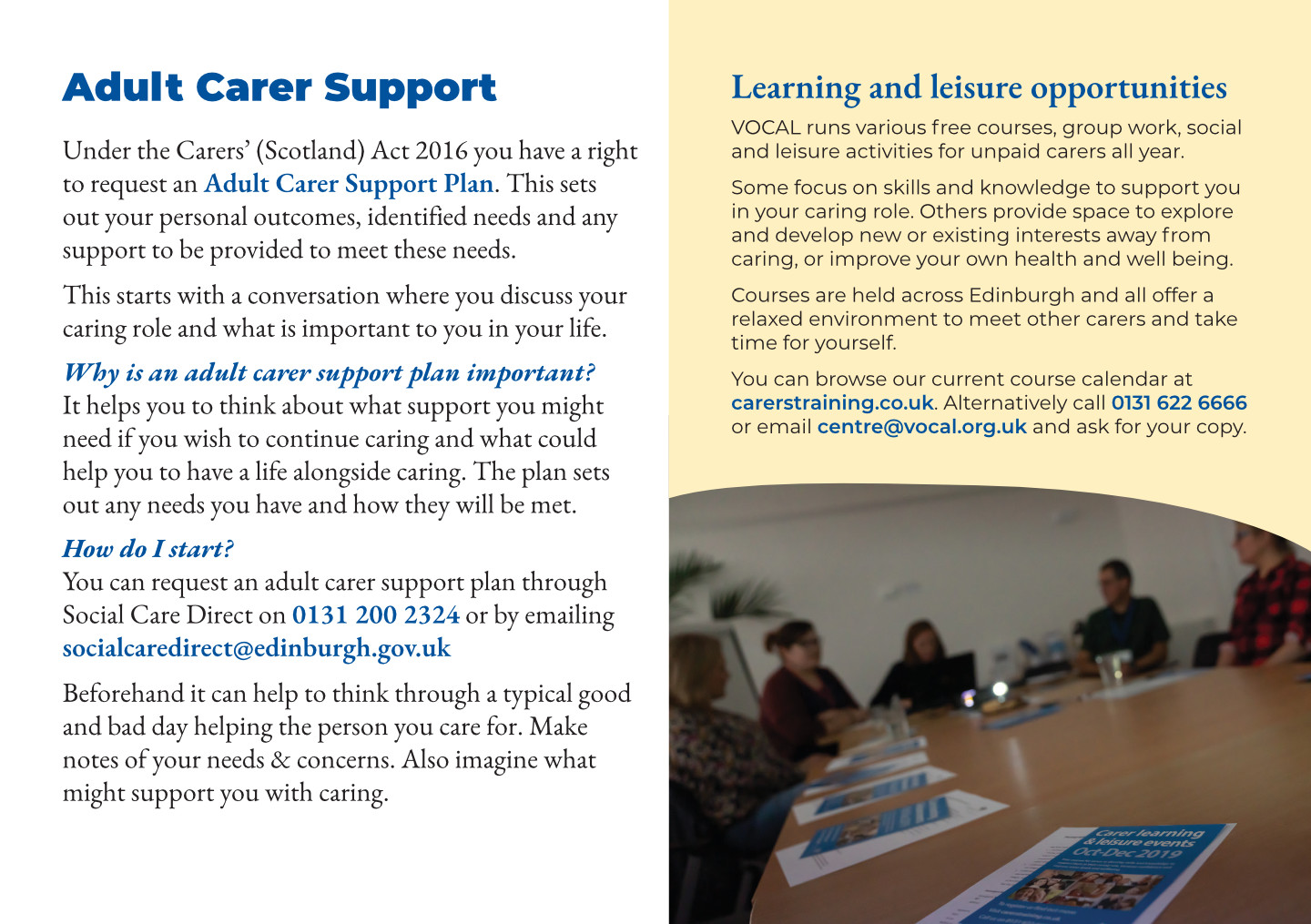 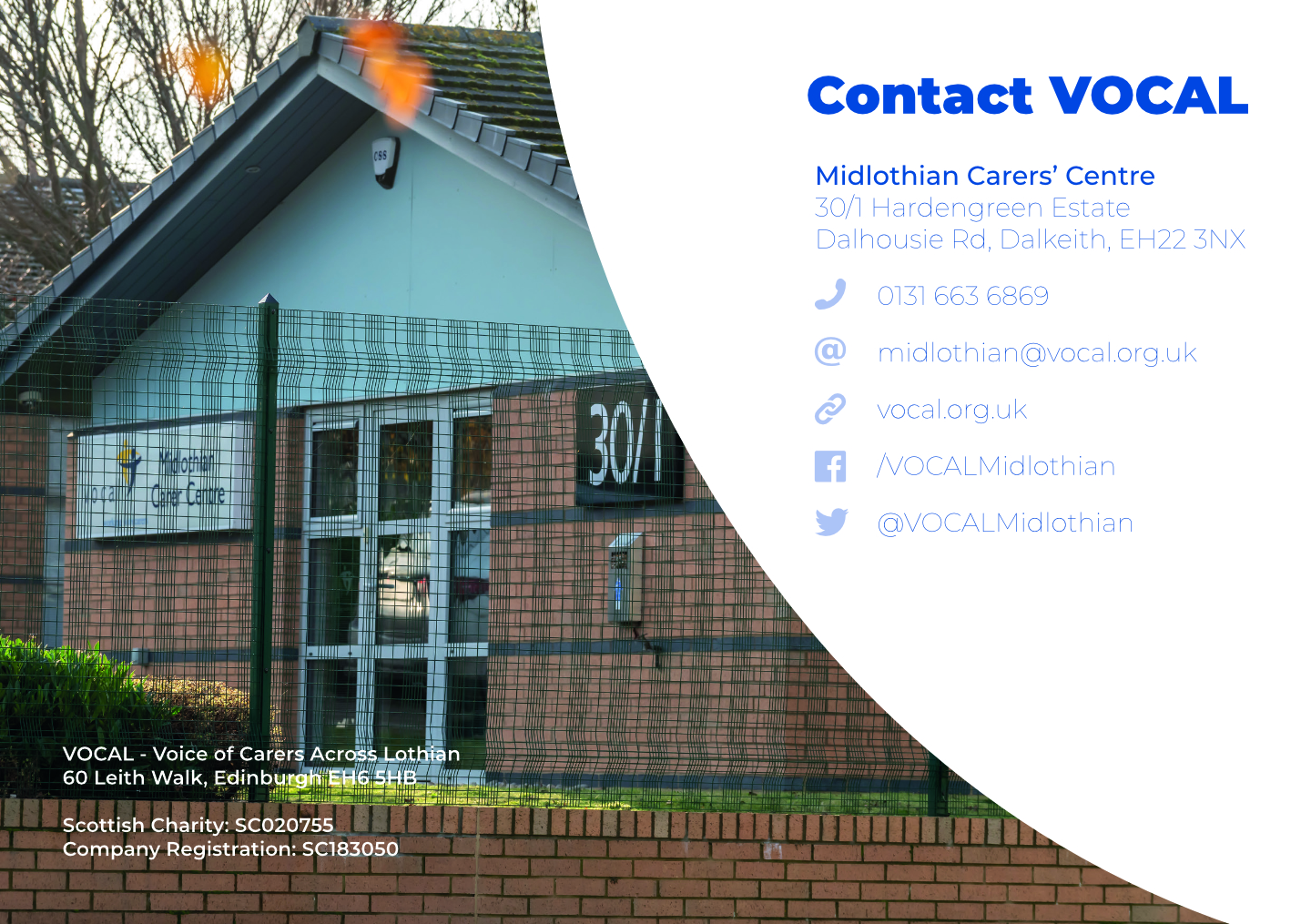